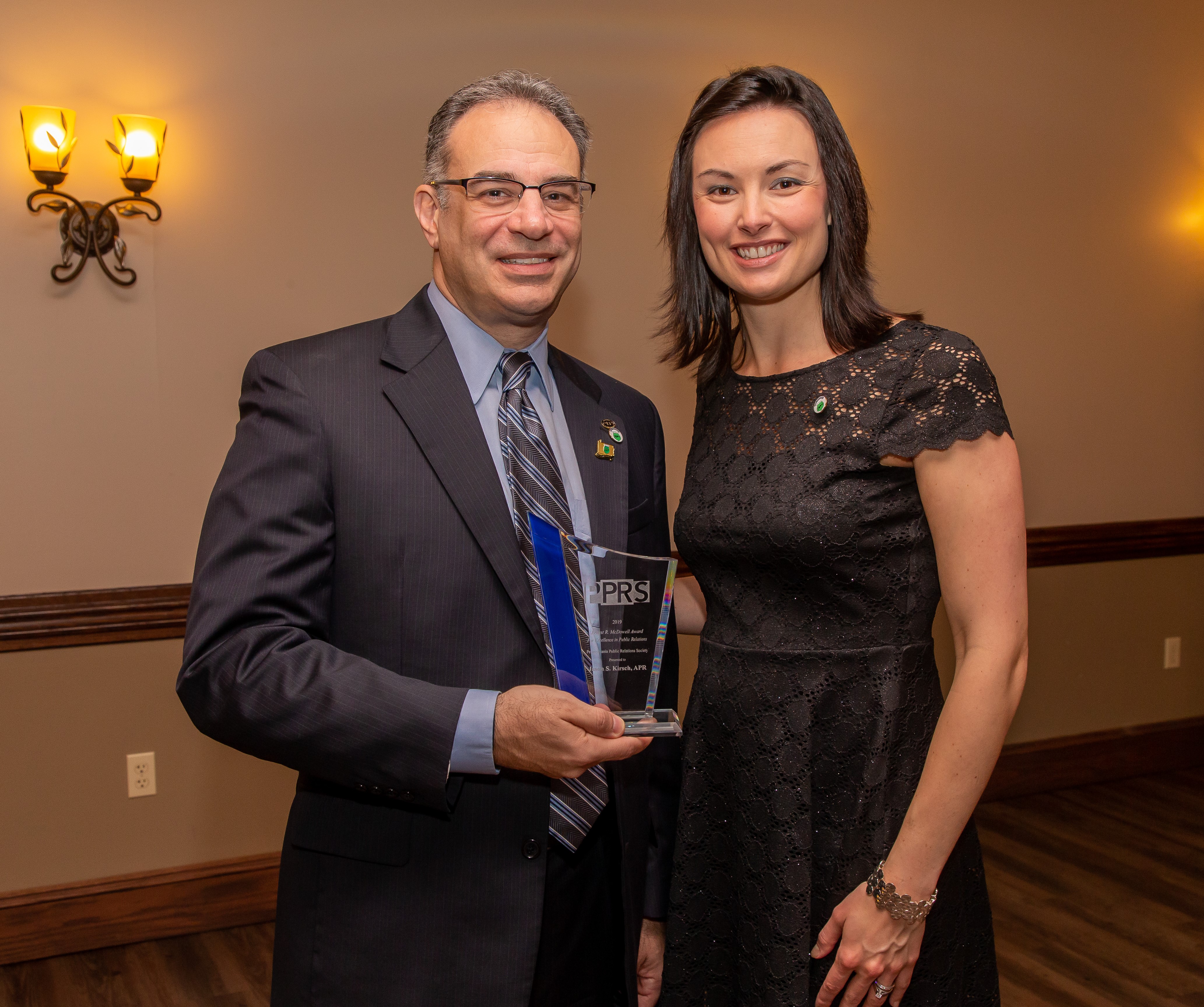 PRworks is proud to announce the Pennsylvania Public Relations Society (PPRS) has awarded Jason Kirsch, APR, PRworks’ partner and senior counselor, with the 2019 Ernest R. McDowell Award. The award recognizes individuals for sustained excellence in the field of public relations, in both the profession itself and the community.

The Ernest R. McDowell Award was established by PPRS in 1991. The award is presented in memory of the late Senior Vice President of Marketing and Corporate Relations with Capital Health System – today’s UPMC Pinnacle. McDowell set the standard for professionalism and community service with his good works and lifetime example.

“I am truly honored – and grateful,” Kirsch said. “From the earliest days of my career and ever since, I have aimed to uphold the highest standards of professionalism, and give time and expertise to professional and non-profit organizations. In recent years, I have become even more invested in service through mentoring and teaching. To be recognized by my peers for my work and service is a wonderful feeling. It is my hope that, like Ernie McDowell, my efforts inspire and set an example for future leaders in our profession.”

Kirsch joined PRworks as senior counselor in 2017. Prior to joining PRworks, he was senior director in the marketing organization at Capital BlueCross, where he led brand management, public relations, digital marketing, advertising and creative services. He also previously oversaw marketing and public relations for Metro Bank and conducted media relations and served as spokesperson for two Pennsylvania governors.

Throughout his career, Kirsch has managed communications and provided public relations counsel for a range of issues and critical junctures for businesses such as mergers and acquisitions, regulatory actions, data breaches and high-profile organizational changes.

As a mentor and a coach, Kirsch encourages and champions public relations professionals to pursue accreditation and is a frequent guest speaker at colleges and universities.

In the community, Kirsch volunteers for a number of organizations including Shippensburg University, Harrisburg Symphony Orchestra and United Way.