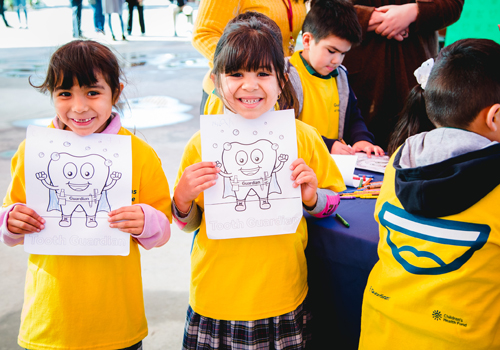 “Very thorough, impressive work. They achieved their objectives and then some.”

The Guardian Life Insurance Company of America (Guardian) and Children’s Health Fund, along with Scholastic, sought to launch a statewide oral health education and public awareness initiative in Pennsylvania as part of their “Guardians of the Smile” national partnership. The partnership provides dental services and education to children, teaches students about the importance of proper oral hygiene and aims to instill good habits from an early age.

In collaboration with Guardian, PRworks devised a strategy that centered on an influencer and media relations campaign. Tactics included:

PRworks integrated this scope of work with a larger overall effort that included additional strategies, tactics and activations by Guardian, Children’s Health Fund and Scholastic.

Additionally, an organic post published on Guardian’s Facebook page using a video created for the campaign achieved the most views for a single post the company had experienced during the prior six months.

Overall, the media and influencer campaign tactics delivered more than 326,000 impressions and earned more than 1,200 engagements.